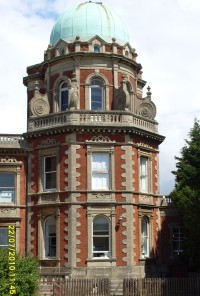 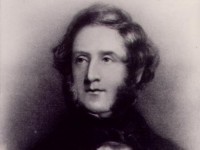 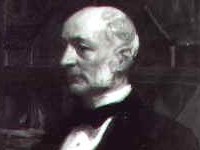 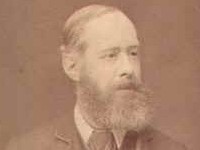 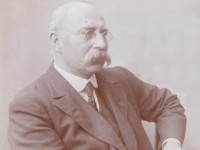 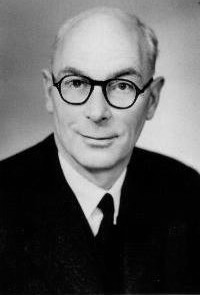 Orwell Park Observatory is unique: it is the only instance in the UK of a functioning Victorian observatory, attached to a private mansion, complete with working instrumentation and still in regular use. The founder of the observatory, Colonel George Tomline (1813-89), had the facility constructed during work to extend and remodel his mansion. He spared no expense on construction, engaging John Macvicar Anderson (1835-1915), later chairman of the Royal Institution of British Architects (RIBA), as architect, and Wilfrid Owen (1836-1925), son of the Astronomer Royal, Sir George Biddell Airy, as design engineer responsible for specification of the scientific instruments. Tomline specified that the facility be built to a very high standard and it is testament to the care and resources that he lavished upon its construction that the building survives to the present day.

Tomline's observatory became operational in early 1874 after he recruited a professional astronomer, John Isaac Plummer, FRAS (1845-1925), to run it on his behalf. Plummer worked for Tomline for 16 years; this period marked the heyday of the observatory.

Unfortunately, the fabric of the building has deteriorated significantly since the era of Tomline and Plummer, a trend which can be traced through the historical record. Tomline died in 1889 and his heir, Captain Ernest Pretyman, had no interest in astronomy and did not appreciate the potential of the observatory. In 1930, an amateur astronomer living in Ipswich, Edward Howard Collinson, FRAS (1903-90), obtained permission from Pretyman to use the observatory. His observing notes, held in the archive of the British Astronomical Association (BAA), indicate that the observatory was in a good state of repair at this time. (Collinson went on to become president of the BAA 1952-54.) In 1931, Pretyman died and the estate passed to his son, George, who, unfortunately, shared the family indifference towards astronomy. Finding himself in straightened financial circumstances, George sold Orwell Park Mansion to Aldeburgh Lodge School in 1936 and the School moved there (changing its name to Orwell Park School) in 1937. The first headmaster of the newly-relocated school, Mr N H Wilkinson, subsequently reported that, at this time, the lift and telescope were in good working order. However, the Army occupied Orwell Park during WWII and caused considerable damage. When the school returned in 1946, Wilkinson found that the telescope had been damaged, most of the eyepieces stolen, and the hydraulic lift rendered unsafe. Although the school subsequently made use of the observatory, it was not in a position to undertake significant maintenance and, as a result, the decline in the fabric of the building continued apace.

The Ipswich & District Astronomical Society (IDAS) formed on 21 January 1950. Members of IDAS undertook a variety of pursuits of an astronomical nature and were regular users of Orwell Park Observatory. In May - September 1952, they undertook repairs and redecoration of the observatory. Details of what was achieved at this time have been lost, but the efforts of IDAS appear to have done little to stem the deterioration in the condition of the building.

OASI formed in 1967, by which time, following years of neglect, the state of disrepair of the observatory was very serious indeed. A year or two later (the exact date is unclear), the Anglia Television Bygones programme filmed a short report about the observatory which captured the shocking state of the interior. The building was essentially derelict: walls were crumbling, doors missing, the telescope mount rusting, and starlings nesting in a cavity in the dome shutter. As a result, during the first decade or so of its existence, OASI expended as much energy on the renovation of Orwell Park Observatory as on astronomy!

The exterior fabric of the building too suffered significant deterioration. Winter damp and ice has caused extensive damage and spalling to brickwork and stonework. The frames of the massive balcony doors on the belvedere, although constructed from very durable hardwood, are now showing evidence of serious rot. Settling of the building over the decades has caused hairline cracks to the structure and, more worryingly, large fractures and numerous open stone joints.

By the mid-2000s, it became painfully apparent that the scale of maintenance work required was far beyond the capabilities of OASI and that significant professional intervention was urgently required. OASI therefore began discussions with Orwell Park Educational Trust (the parent body of Orwell Park School) about how to proceed. Unfortunately, the discussions were inconclusive; however, in 2004, the Trust commissioned a preliminary steeplejacks report to capture a baseline of the state of the building.

Following changes in the Committee of OASI and in the leadership of the Trust, in 2010 the parties took up with renewed vigour discussions to find a means of arresting the deterioration in the fabric of the observatory. Discussions were held also with Dr Allan Chapman, Chairman of the Society for the History of Astronomy (SHA), the late Peter Hingley, then Librarian of the Royal Astronomical Society, and Peregrine Bryant, architecture and building conservation architect. The parties estimated the cost of arresting the deterioration of the building as £500,000 (an estimate that was endorsed during subsequent enquiries with Trevor Groom of Press & Starkey Quantity Surveyors).

Orwell Park Mansion as a whole had, for many years, been listed by English Heritage as a Grade II building. In 2012, with assistance from OASI, Orwell Park Educational Trust applied to re-list the observatory part of the Mansion as Grade II* in recognition of its unique nature (with the intent to open additional sources of restoration funding). The outcome of the application was no change to the grade of the observatory but an acknowledgement of its importance through a change of the listing entry from "Orwell Park School" to "Orwell Park School and Observatory". Despite the limited progress at this stage, OASI hopes ultimately to raise sufficient funds to enable a full restoration of the observatory; this is seen as a long term ambition requiring perhaps five to ten years to fulfill. In the immediate term, therefore, the Society has set itself an initial target of working with the Trust to raise funds sufficient to enable the deterioration in the fabric of the observatory to be arrested. The willingness of funding bodies to support the initiative depends critically on the existence of compelling evidence as to the unique characteristics of the observatory and, as a result, the Society is researching the following aspects:

The Society has established the 582 Fund to collect donations towards restoration work. (The name is taken from the IAU observatory code for the facility.) Please consider donating to the fund (a Paypal "donate" button is below) or feel free to contact us by email if you can assist with fund raising in any way: info@oasi.org.uk.